Since I was really young I’ve always been obsessed with owls. I seem to remember some wildlife conservationist came in to school to do a talk and I’ve found them fascinating ever since then. So much so actually that one summer holiday when I was bout 10 I got all the owl books out the library I could find a did my own summer project in a scrap book – needless to say I wasn’t all that popular as a kid.

Despite having such a keen interest in them, I’ve managed to make it almost 35 years on earth without ever actually meeting one or holding one so an owl experience is something that’s been on my bucket list for quite some time! There are quite a few you can do in an around Northumberland, near where we live but they all seem ridiculously expensive. We were looking for somewhere to go for a weekend away in February as it was and found a deal at the quaint little Grassington Lodge near Skipton in the Yorkshire Dales. About 20 minutes away from Grassington was an Owl and Hawk experience at The Coniston Hotel and Country Estate, and it was only £35 for two people. What a bargain! 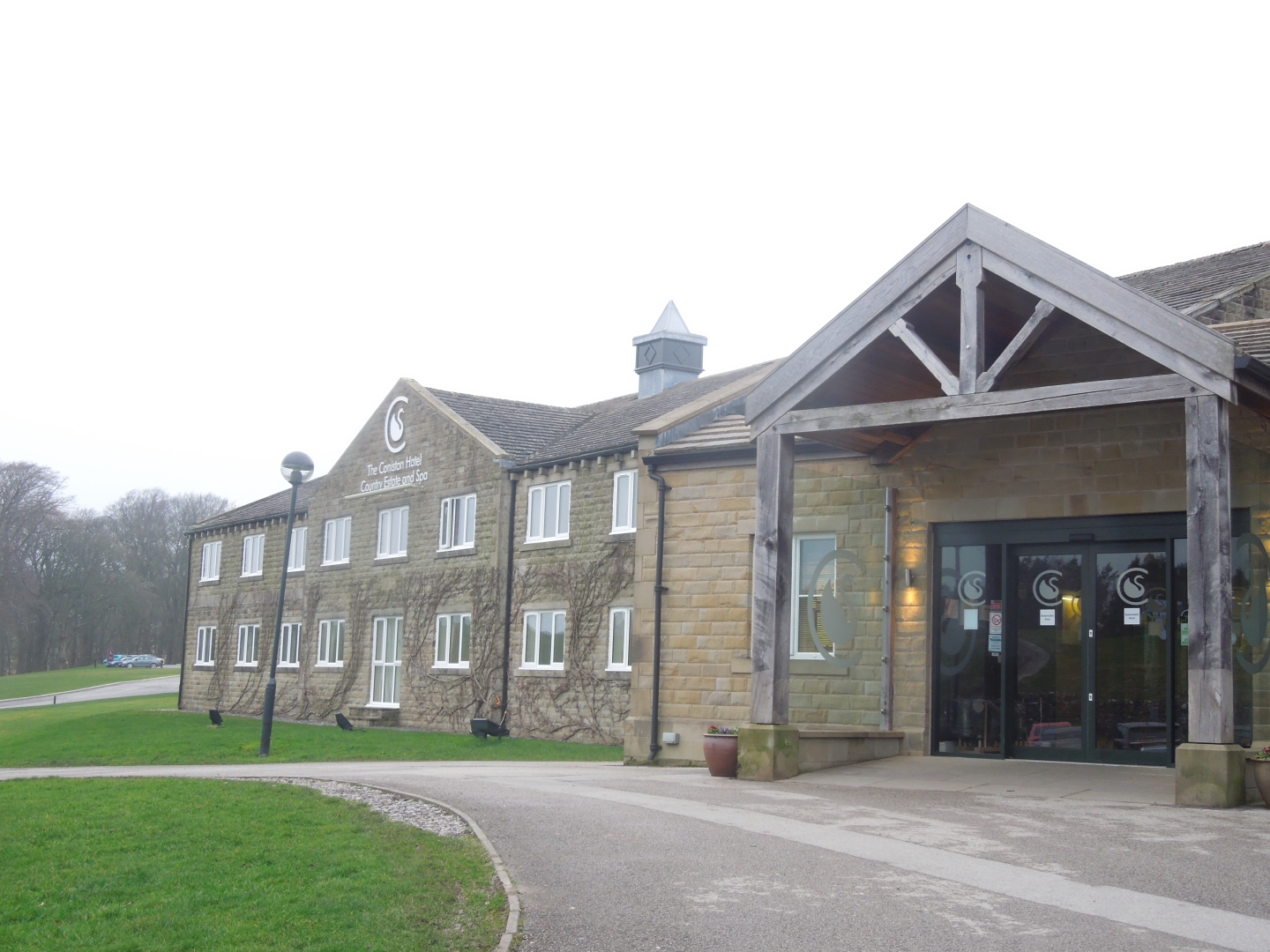 We arrived on a drizzly Sunday afternoon and drove the mile down the road on the Coniston Estate to the falconry centre where they also offer full day hunting experiences and a falconry safari. We were met by Matt and allowed to look around the barn looks at all the different owls, hawks, and eagles (they all look so impressive up close and you forget how big some of the birds can get!)

We were lucky in that there was no one else booked on the experience so we got the full hour just to ourselves with loads of time with the birds. We started outside with a barn owl, are were each given some (dead) baby chicks – which is like McDonalds to owls apparently and stand side ways on to the birds so as not to appear threatening. They fly always instantly to the glove for the food and stay there a good couple of minutes before flying off to another perch.

Next we met an Eagle Owl. The size difference was quite incredible really as was the weight difference as the fly onto the glove. We chatted away with Matt the whole time who really knows his stuff. I was really curious to know how they get the birds and whether they’re bred on site. Most are bought from UK breeders or people who have an interest in birds of prey and one of the eagles they have was even sent over from America. He also told us that it’s a misconception that owls are wise and nocturnal, as most species are neither. I of course, already knew this from my personal owl project from 1992.

Finally we go to fly one of the hawks which was done across the car park and the hawks for some reason prefer to perch on the roof of the barn. Owls are most definitely my favourite however it was still pretty cool seeing the hawk as well, they’re still quite impressive birds, very heavy and have a hooked beak you wouldn’t want to get on the wrong side of!

The whole experience went over in a flash and was fantastic value for money. We were lucky that there was only the two of us booked on that afternoon however is worth noting that they can have up to 10 people in one session which of course would limit your time physically handling the bids, you’d probably only get to hold each one once, where as we have about 5 or 6 turns each.

It’s always great to get something ticked off your bucket list and this was the perfect way to do it, certainly beats paying to hold some of the random ones you see on Northumberland Street from time to time!